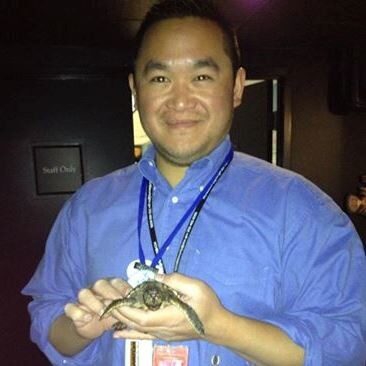 Dave comes to Reef eScape as a former Director at the Children's Science Center and at the National Aquarium Washington, DC as well as a former Fairfax County Public Schools Elementary Teacher and former State Prosecutor. He currently balances his time between Reef eScape and as the Chairman of the Board and President of the Northern Virginia Aquarium, a project to build a public aquarium in Northern Virginia. Dave is also a former board member of the Washington, DC Area Marine Aquarist Society where he helped to bring MACNA 2015 to the DC area as well as established many of the programs that are currently still being used in the club today. His passion for the aquarium hobby started when he was a young child with his first aquariums being full of not just store bought animals but also those that he collected in and around his childhood stomping grounds. His hobby has grown into a way of life for him as his systems range from simple low-tech planted systems with fairly typical stocking lists to fresh and marine species tanks ranging from South American Lungfish and and Pipa pipa toads to Sharks and Octopuses as well as a myriad of other animals that can be responsibly kept in captivity. Dave's background brings a new educational focus to Reef eScape's growing business as well as some new outlooks on business and growth. When not at work, Dave still enjoys being underwater as an avid scuba diver as well as being on top of frozen water as a hockey addict, playing on anywhere from 3-4 teams at any given moment of the year. Dave also coaches soccer in the area for his son's team after spending the past 14 years coaching multiple soccer teams for his other children ranging from house league to travel. When not busy with sports or hobbies, Dave enjoys relaxing and spending time with his family, often times dragging them into one of his many hobbies.